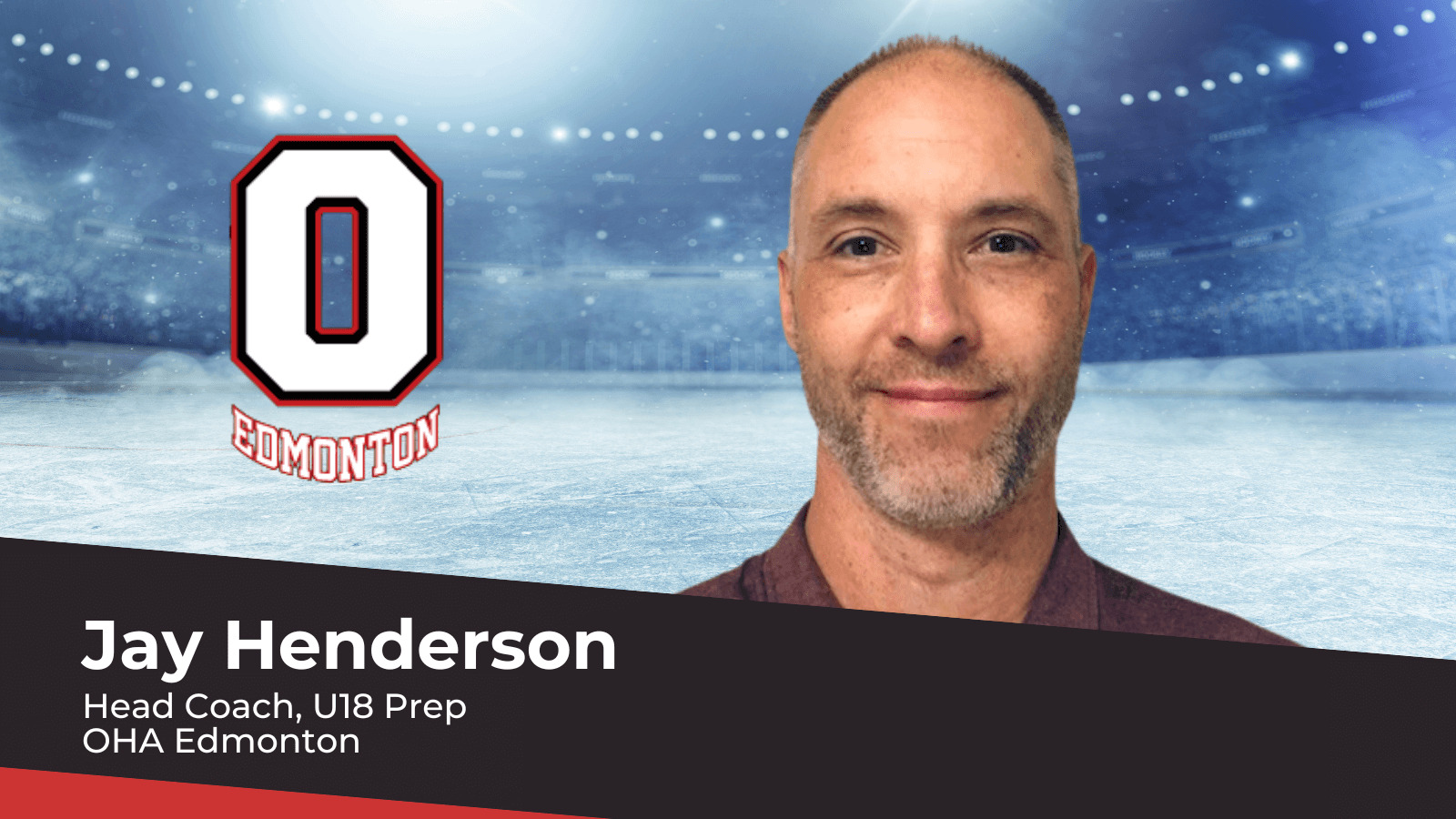 From 2011-2013, Henderson held numerous Assistant and Head Coach roles for Hockey Alberta, including multiple times coaching in the Alberta Cup. He went on to become the Assistant Coach with the Western League’s Kootenay Ice until 2015.

“We are thrilled to welcome Jay Henderson to our coaching staff and look forward to him working with our U18 Prep student athletes. Jay has an extensive playing background, which includes games played at the highest level. This, coupled with his own detailed pathway from Junior to the Professional ranks makes him an asset for our own student-athletes. Jay will be able to use his experiences to guide our players through their own development path. Henderson has worked for and with many great organizations, allowing him to bring a high-quality level of experience that we feel falls directly in line with the OHA philosophies.” Randall Weber

“I am beyond excited to be joining the OHA family and culture. The resources that are available to me, including other quality coaches within the program made it a very easy decision.” Says Henderson. “I am very grateful for this opportunity and am looking forward to working with these young men on a day-to-day basis.”

If you are interested in learning more about our program for the 2022-2023 season, please contact General Manager, Randall Weber at: randallweber@okanaganhockey.com.